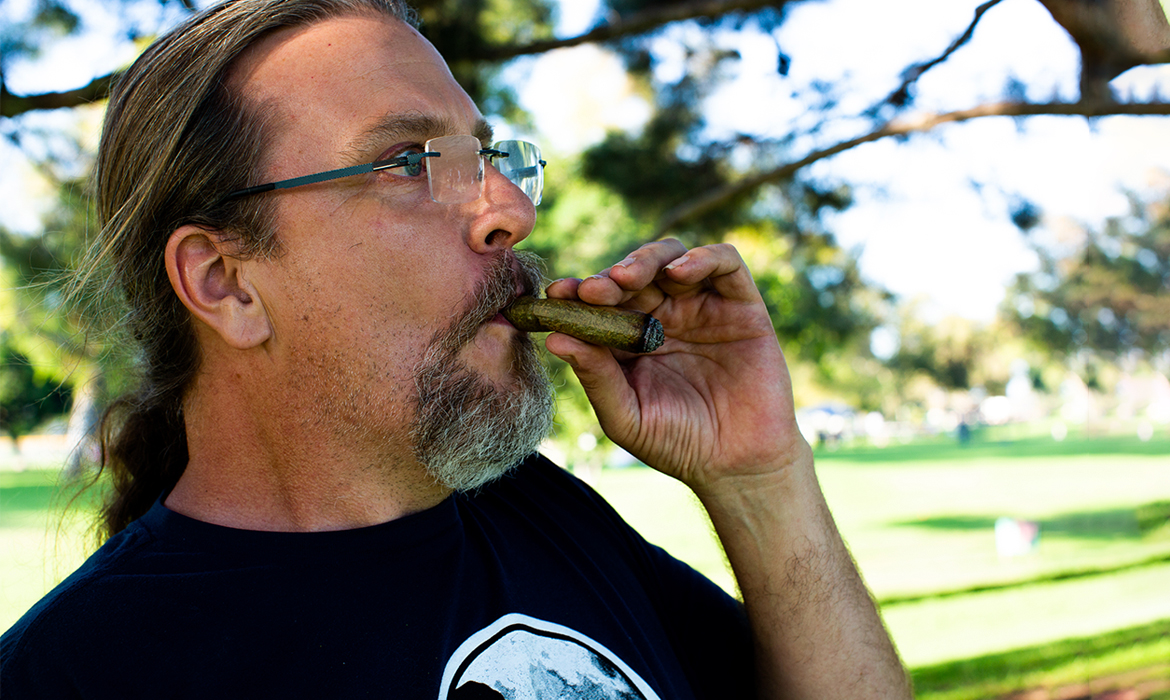 Bob Baker, the owner and operator of Grandma Baker’s Edibles, had his first experience making edibles at the age of 14 with the help from a retired veteran. At the time, his inexperience showed in the finished product. “The first time we ever did it we put so much in there it was crazy,” Baker said. “There was five us there, pretty much all of us got sick, it was on a New Year’s Eve and everyone was asleep by eight o’clock.”

After this experience Baker began to look at the serious medical benefits this Vietnam veteran was receiving from marijuana and he changed his mindset. Though he never denied the recreational benefits of cannabis, he now valued helping people with his products more than money, fame or anything else. In 2008, Baker and a partner opened a storefront in Newport Beach to sell marijuana in various forms for medicinal purposes to legitimate patients only. When Baker realized so many people with cancer and other major illnesses were coming to him for relief it just opened his heart bigger. “When you hear the stories on what is happening with them [patients] when they take your stuff,” he said. “How they are eating again, smiling again, how they want to get out of bed and want to see the sun again. That’s worth everything.”

Baker and his partner did everything “by the book” for two years before closing down the storefront and opening a delivery service. Catering to his elite members, he focused his efforts on new recipes culled from his grandmother’s cookbook, which he inherited when she passed away. Now, Baker’s been using her personal recipes for the past decade. Because he knew it was her life’s dream to open a bakery, he named his business after her. As a family-run company, all of Grandma Baker’s Edibles products are made and packaged by hand. But that’s not the only thing that sets them apart from other edibles. Grandma Baker uses full plant extraction in all their goods and according to Baker, the majority of other companies are using isolates and desolates in theirs. Which aren’t terrible, but they’re made with industrially grown hemp. CBD produced from hemp is not the same thing, nor does it give you the same effect as a full plant extraction. “You need a full plant extraction from cannabis,” Baker said. “You need a combination of all those cannabinoids.”

Grandma Baker’s Edibles are only available at From the Earth, Go Green, Cloud Nine Collective, NAS Farms, Club Meds and New Generation all are in Orange County. When one of the above dispensaries surprise tested what they were selling, Baker’s came back 100 percent free from any pesticides, butane or alcohol, it was completely clean. Consistently getting results like those is something Baker takes great pride in, “quality over everything.”

Bob Baker has a vision of how this industry was meant to be “written” and it is not about making Grandma Baker’s Edibles into a huge entity, making massive profits or monopolizing the market. The time and care into each product is noticeable in the taste and the effect, plus the shelf life is ten days so getting something outdated is unlikely.

“I don’t consider this an industry, it’s more like a lifestyle,” Baker said. “We have excess meds, so we like to provide it to people. Patients helping patients, that’s the way it’s supposed to be done.”